Tonight, Bayern Munich will participate in the UEFA Super Cup final in Budapest, Hungary, against UEFA Champions Sevilla. Yesterday, Flick took Neuer to the pre-match press conference. The reporters on the scene asked Neuer about his views on the current Gotze transfer, hoping to get some news from the side. 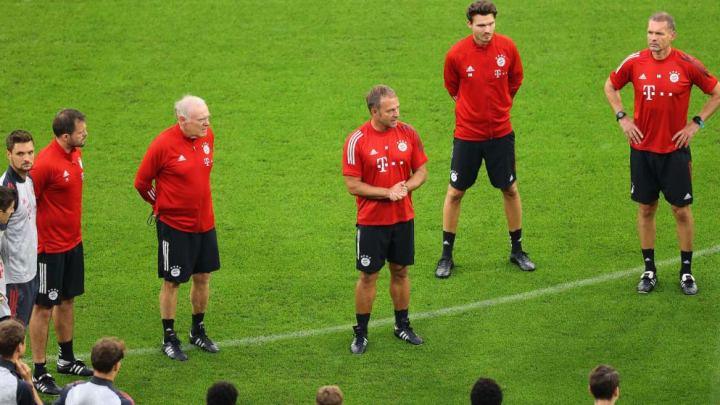 Neuer first expressed his affirmation of Gotze's ability: "Mario is a very good player, and he knows Bayern's environment well, he said he won the Champions League, he is very ambitious. As far as I know his current state Good, we can look forward to the end of this matter."

Xiaoba has reported yesterday that Flick had previously called Goetze. The German media also said today that the coaching staff and the leadership seem to have different opinions on the issue of Gotze joining Bayern. Neuer didn't talk much about Gotze's joining, but only said: "I believe someone is currently dealing with this issue in the club. This is not something I need to think about. I have a lot of contact with Mario in the national team and I appreciate it very much. He also knows his strengths and characteristics."

For Bayern players and coach Frick, Goetze is obviously not a top priority at the moment. They will launch an impact on the first championship of the season in German time tonight. Flick said: "The final is always very special. We came here to win the Super Bowl. Lewand was sick before, but I think he will play a considerable role tonight.

Regarding the issue of the new Puskas Stadium in Budapest that will allow more than 20,000 fans to enter the stadium today, Flick said: "We are only here to play football. The decision is made by someone else. It should not be given to the fans. Let's do it."

The European Super Cup kicked off tonight. Sevilla adjusted the La Liga schedule to prepare for this game, so the rest time is longer than Bayern. Whether Bayern can win the first championship of the season will be known tonight.